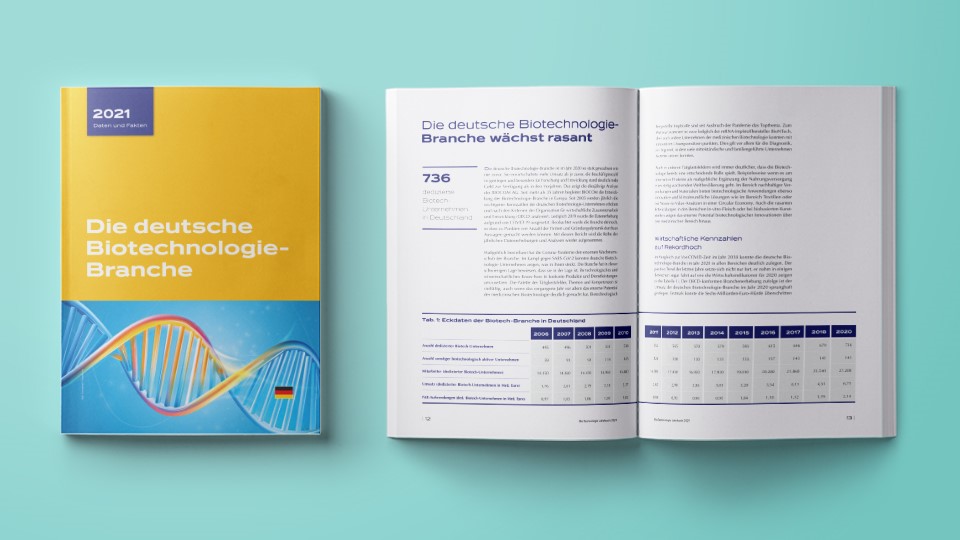 The rapid growth of all economic indicators was significantly influenced by the COVID-19 pandemic. In this difficult situation, German biotechnology companies have taken up the fight against Sars-COV-2 and shown what they are made of. Biotechnologically produced vaccines, mRNA and also PCR technology have been on everyone’s lips since the outbreak of the pandemic. But biotechnology plays a decisive role not only in the medical field, but also in other fields of activity. For example, developments in the areas of cultured meat or bio-based plastics show the enormous potential of biotechnological innovations far beyond the medical field.

In 2020, the German biotechnology sector was able to grow significantly compared to the pre-COVID year 2018. The positive trend of the last few years clearly picked up speed in some areas. According to the OECD-compliant survey by BIOCOM, the turnover of the German biotechnology industry increased by almost 50% in 2020 and, for the first time, clearly exceeded the six-billion-euro hurdle (6.7 billion euros).

As expected, companies invested significantly more in research and development in 2020. The rapid successes in combating the pandemic would not have been possible without these investments. At €2.1 billion (+79% compared to 2018), the two-billion mark was exceeded for the first time. Almost 90% of the biotechnology industry’s total research investment was in the medical sector, which is not surprising in this year marked by the COVID 19 pandemic.